Due to the diversity and complexity of security issues in Asia, the highest priority of Asian security in the long run is how to coordinate all kinds of security regimes, rather than to construct a strong and integrated security architecture at the regional level. The current architecture is facing fundamental challenges. Firstly, the offensive, confrontational alliances are proliferating while defensive, collective regimes are scarce. Secondly, the current regimes are always irrelevant to the existential problems, which results in the weird co-existence of redundancy and deficit of security regimes. Lastly, the China-U.S. structural conflict has not been managed effectively because of little coordination among major security regimes and great powers. To overcome these challenges, the China-U.S. interaction is the key to find the fundamental solution. Then, a system of security regimes based on Asian realities should be built on three levels. The first level is a forum which is led by Asian countries and participated by China and the U.S. in order to achieve more dialogues and mutual trust. The second level is a regional concert of regimes or even collective security regime incorporating neighboring countries or countries sharing common security concerns. The third level is coercive regimes established to address specific problems, which are led by China and the U.S. and participated by other parties. A coordinated security architecture will thus come into being when these regimes of different levels, domains, and issues are integrated.

Prospects of an Asia-Pacific Security Framework：

Path Difference and Spectrum of Models

The current security challenges in the Asia-Pacific region come from three directions： the remnants of the Cold War structure, structural strategic conflict, and non-traditional security issues. These security problems, with different timeframes, appear in the Asia-Pacific region simultaneously and result in a complex systemic security dilemma. Therefore, the basic standard to assess the effectiveness and feasibility of the future security framework is the ability to deal with all the three types of security issues at the same time. Since Asia-Pacific countries have obvious different attitudes on the key issues such as the root of security problems, basic theory, core structure, target of construction, and basic principles, different countries in the process of building the security framework will inevitably result in path difference. Six models of regional security architecture are now taking shape in the Asia-Pacific region： the alliance system model, EAS model, Sino-American joint governance model, CICA model, sub-regional coordination model, and ASEAN-led model. Base on the assessment of their efficacy, the author depicts the basic spectrum of models of the Asia-Pacific security framework, in order to forecast its future evolution. 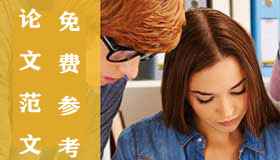